An exhibition of the works of the American Realist painter, Edward Hopper, on loan from the Whitney Museum of Contemporary American Art, is on show at Palazzo Fava, in Bologna.

Born in New York State in 1882, of Dutch ascendency, Hopper is considered to be one of the most influential painters of the twentieth century. On show, there are more than sixty oil canvases, along with etchings, water colours and preliminary drawings. The exhibition is divided into six sections and follows a thematic and chronological order. It covers a wide sphere of Hopper’s work, starting from his Parisian water colours and self-portrait to the realistic urban and rural landscapes of the 50’s and 60’s, until his death in 1967.

Hopper’s work emphasizes the solitariness of the American life-style, where we can see lonely figures immortalized in bars or cafes etc, in contrast with the architectonic lines of buildings and sky-lines. In his work, Hopper is able to crystalize the sensations and the shades of melancholy, which immortalize his subjects, thus making his work renowned.

His approach is very realistic, almost photographical and was to inspire many film directors, in particular, Hitchcock, for the settings in the film Psycho. In fact, Hopper’s paintings are similar to cinema scenes. His subject matter often includes interiors of offices, bars, cinema halls, petrol stations and middle-class houses with wide-open windows, through which you can see static figures imprisoned in their surroundings, becoming part of the general composition.

Some famous master-pieces include: ‘South Carolina Morning’, ‘New York interior’, ‘le Bistro’, ‘Summer Interior’, and ‘Soir Bleu’. All these works convey hopper’s mastery and skill as a superb draftsman. His spare and calculated approach creates figures which evoke solitariness and desperation of human alienation. With his study of light and horizons, he is able to create the completeness of a single moment in time.

U.S.A. writer John Updike was to describe Hopper’s art, in 1995, as being “calm, silent, stoic, luminous and classical”. 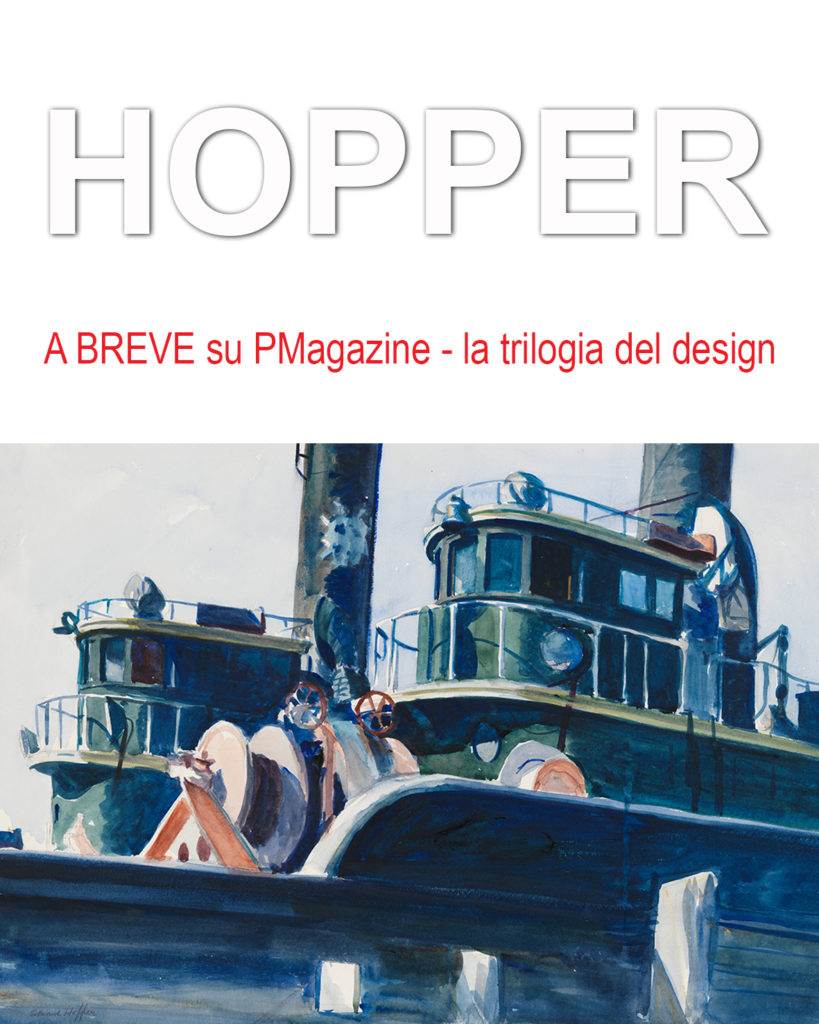